Maria’s debut album “Her Night At Noon” was released in 2012.
The album contains her own songs and songs co-written with Swedish multi-instrumentalist/composer  Björn Dahlberg.

Maria’s mixed heritage is clearly visible in her songwriting. Her sultry, melodic, jazz based compositions inspired by her late father Al Timothy (Trinidadian jazz saxophonist/composer)  also possess a haunting, celtic melancholy true to her irish roots.
“If I can write one song that gives one person sanctuary. If I can sing one song that gives one person a feeling that someone understands-then I have given a little back of what music has done for me…”

“Hauntingly pretty songs. Hearing these songs in a small venue under low lights would be incredible, yet that’s almost how the studio versions sound” Christopher Levine (Eclectiblogs. Texas USA)

“Sade is back in town but this time she’s half irish” Rebecca Kenny (Actress, London)

The album “Her Night At Noon ” is available on iTunes and CD Baby. 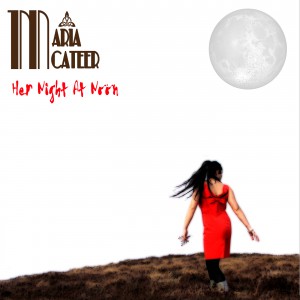 Maria also recorded charity single “A Change Is Going To Come” for the NACOA also available on iTunes and CD Baby.